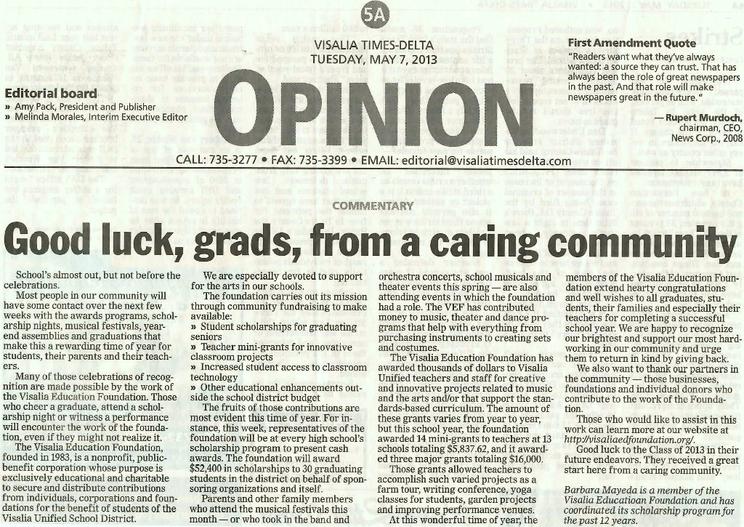 The Sequoia Ski Club and the Visalia Education Foundation joined together to   present Warren Miller's Ticket to Ride, the 64th installment of Miller's acclaimed series featuring worldwide skiing adventures. The film was screened on November 7, 2013,  at the El Diamante High School Theater Visalia to over a hundred viewers. The proceeds of a little over $1000 from the event were generously shared by the Ski Club with our Visalia Education Foundation.

This feature-length film took filmgoers on an exciting voyage to the top of the steepest peaks and to the depths of the freshest powder of Iceland's Troll Peninsula, Greenland, the Alaskan Tordirillos, Montana's Big Sky country and more.

Ticket To Ride explores the close relationship between humans and our vast natural environment, as the sport's best skiers and snowboarders take an action-packed journey across the globe to shed light on the significance of being aware of your surroundings.

The film's exhilarating scenes surely got skiers and snowboarders excited about the coming season. To watch a short trailer of Ticket to Ride CLICK HERE.

This screening was exclusive to the area through the sponsorship of the Sequoia Ski Club. We wish to express our appreciation to the club for their generosity.

Visalia's L.J. Willams Theater housed Tulare County's largest string instrument on Saturday, September 27, when America's Got Talent finalist William Close was in town. William Close and the Earth Harp Collective were hosted by the Visalia Education Foundation for a special fundraiser featuring several unique instruments  -  including the "Earth Harp". The 27 strings for this instrument stretched from the stage to the the first balcony and essentially enveloped the audience in a sound chamber. The group entertained the audience for about 90 minutes at both the 2 PM and 7 PM shows.

Pre-show entertainment was provided by three talented local high school students who are a part of the Tulare County Department of Education Theater Group. 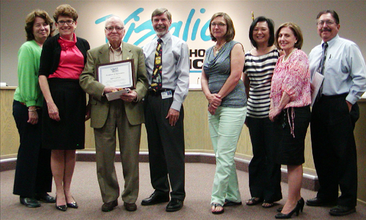 Libby Romani, Coordinator of Music Programs for Visalia Unified and an Education Foundation Board member, introduced Mr. Lange as having an interesting hobby - giving kids and schools instruments. She shared “If we are short an instrument we can always call him and he will start scrounging.”

Marilyn Gong, vice chairperson of the Visalia Education Foundation, in presenting the award noted that the award she helped present was “long overdue”. Mrs. Gong went on to state that “Ken’s love for music and his goal to help kids play musical instruments is like nobody else. He has been so generous over the years in donating instruments to any area schools that have the need. He does this straight from the heart with no benefits to himself.”

Visalia Unified School Superintendent Dr. Craig Wheaton presented a plaque and certificate of appreciation by the school district and the Board of Education. Dr. Wheaton stated that it was “a tremendous opportunity” to present the award “for all of your contributions to the students of the Visalia Unified School District.” Dr. Wheaton also acknowledged the members of the Education Foundation and thanked the organization for their partnership in supporting the students of Visalia Unified.

Mr. Lange first moved with his family to Tulare in the 1930’s. The family started a very successful business now called Lange Plumbing Supply. In 2007, their company was named the Tulare Chamber of Commerce’s Small Business of the Year.

Mr. Lange’s generosity has been felt not just in Visalia and Tulare, but all over Tulare County. A recent news article recognized Ken for donating over 50 instruments to Traver School. Ken and other members of the Lange family have a long history of giving to others. Ken is also active in community musical groups, as well as the free concerts that are held every Wednesday night during the summer at Zumwalt Park in Tulare. 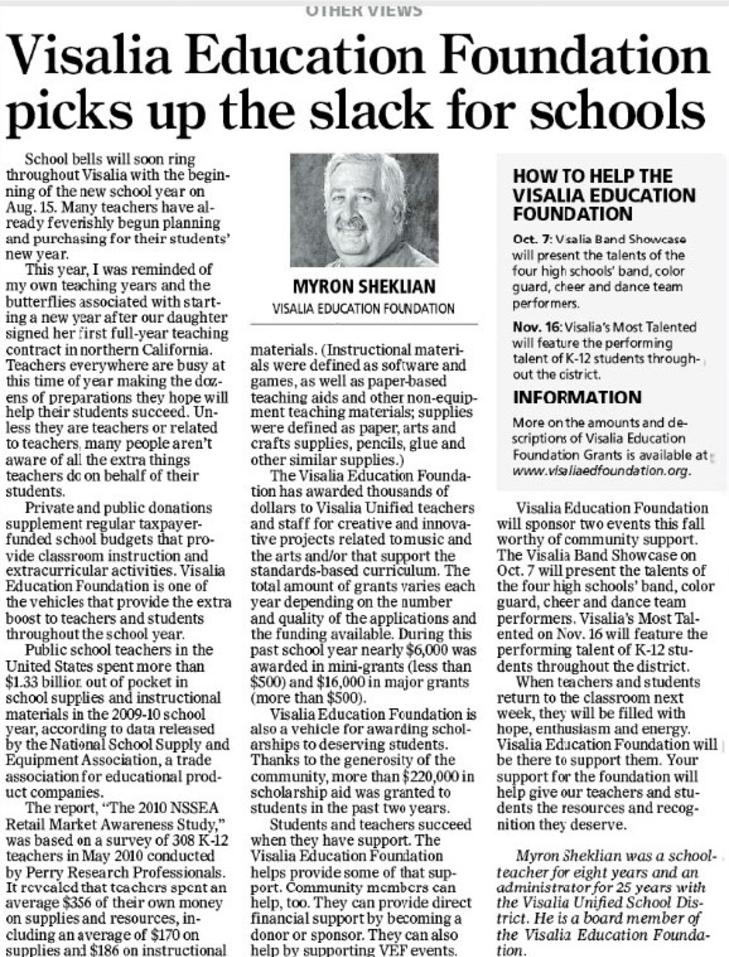 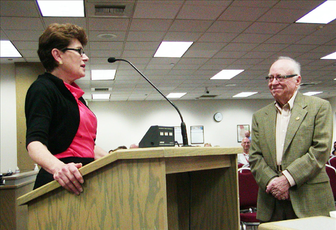 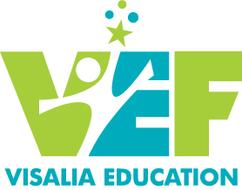 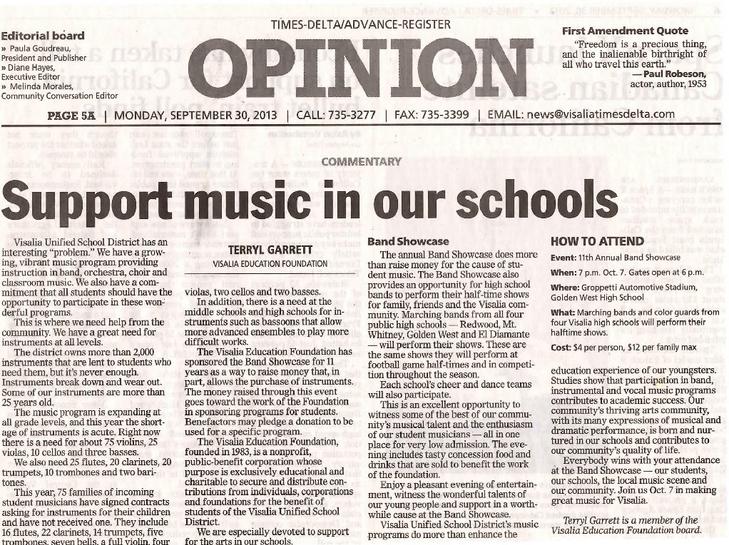 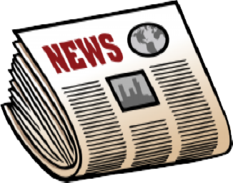 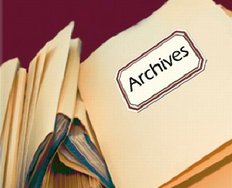